Lochlan O’Neil is a creative superhero across a multitude of mediums. Her dynamic body of work reveals limitless imaginative and intellectual range.

Narcoleptic Superhero Lochlan O’Neil got her humble beginnings in the pop culture community in 2012 when she attended her first convention in a simple and quickly-conceived version of Pinkie Pie from the series that would eventually put her on the map as a cosplayer – My Little Pony Friendship is Magic. Lochlan fell head-over-heals in love with cosplay. It was not just due to being captivated by the delightful and imaginative costumes she saw, but also because of the camaraderie, kindness and love she was shown by other attendees.

This blossoming love of cosplay allowed Lochlan to travel to wondrous places –  far beyond those that traditional public speaking engagements could take her. She has appeared as a guest at pop culture conventions far and wide, namely those that cater specifically to the My Little Pony fandom. Lochlan has won numerous cosplay awards, including several Best-In-Shows. (However, the majority of her Best-In-Shows can still be claimed by her animals, especially the rabbits she used to raise). She has also facilitated countless panels and workshops at conventions. Some of Lochlan’s favorite panels to host include “Confidence in Cosplay” and “Costume Design 101”. Attendees of Lochlan’s panels admire her wealth of knowledge on cosplay and costume design, as well as her relatable wit and charm while speaking.

Despite appearing at My Little Pony conventions all over the United States, Lochlan is far from a one-trick pony when it comes to costume design. In fact, Lochlan is a trained trick rider, who even learned how to ride elephants as a child! Studying fashion and costume design in South Africa has broadened Lochlan’s horizons as a designer. It is here that she has found inspirations for dazzling costumes can come from anywhere, even from something as small as the local insects.

Time and time again, Lochlan has proven to be a talented fashion model and actress who has the magic to command a stage and captivate an audience. In addition to designing costumes for The 13th Floor in Denver, Lochlan also performed for the haunted house as a stunt actress. As a voice actress, Lochlan has demonstrated she can dominate not only on-stage, but in the recording booth as well. However, her talents do not just stop at looking gorgeous for photos, designing captivating costumes, and providing a variety of character voices. Lochlan is also a trained stunt actress, a talent that she attributes to years of weapons handling, fight training, and circus coaching.

In the realms of acting, modeling, and costume design, Lochlan O’Neil is a triple-threat and an artistic superstar. Whether you’re looking for a riveting emcee, a warm and knowledgeable panelist, a cosplay judge with a discerning eye for style and detail, or a real-life superhero, Lochlan is sure to be the life of any event. Even when she is playing dead. 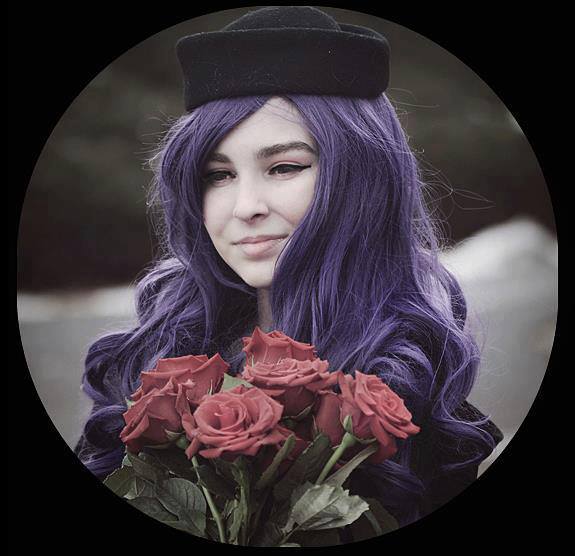 “Your skin is so nice, Buffalo Bill would be jealous!” – My Dad during Christmas dinner when I was 10 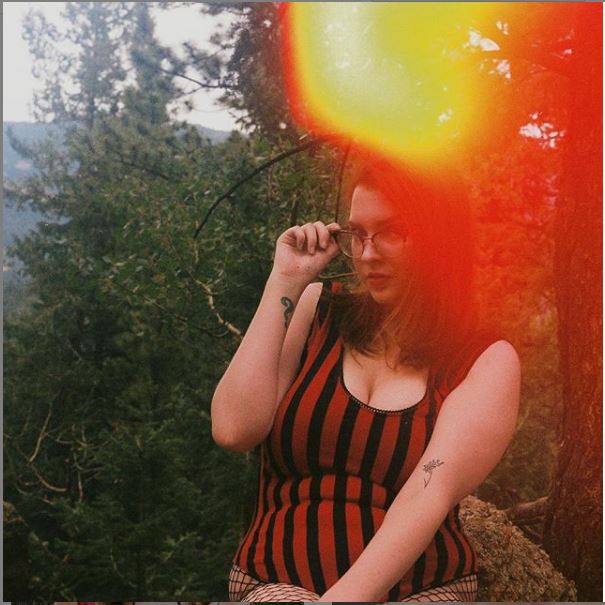 If I don’t love what I am doing, I can’t do it right, and that applies to modeling and promotional work as well.  I am the kind of person who makes their own paths, chooses a third option when there are only two, and is always willing to “cut the Gordian Knot” if necessary. With this in mind, I am open to modeling or acting as a brand ambassador for any company or campaign that I can support with a good conscience. 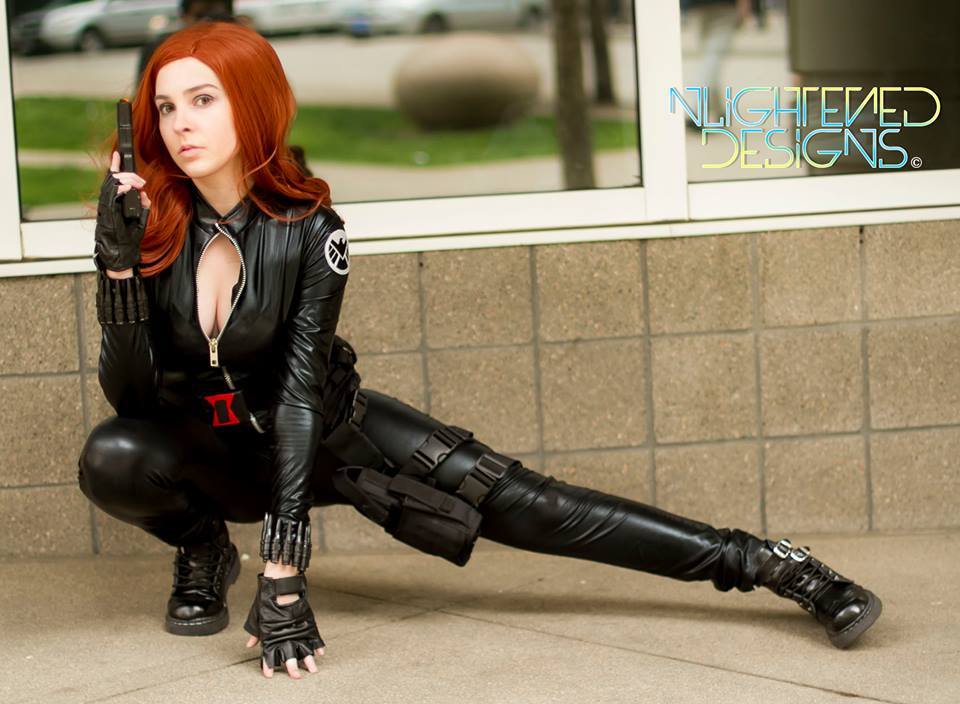 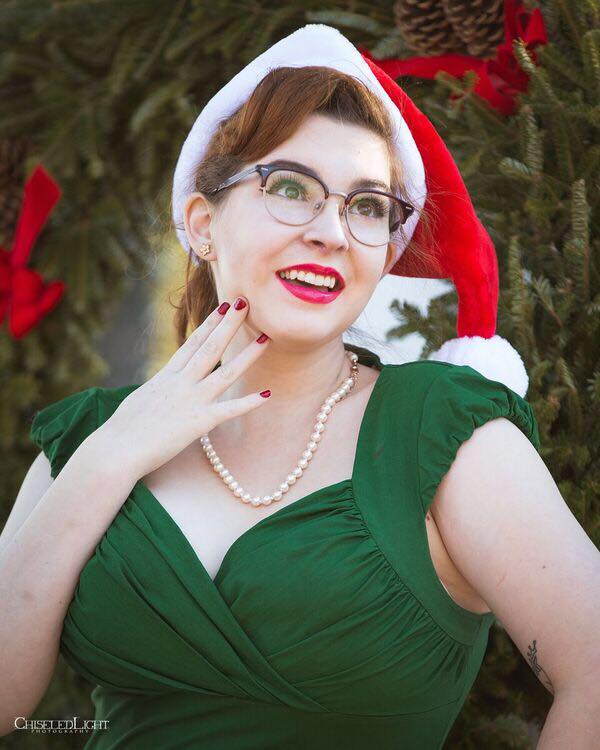 Growing up in the Southern United States, I did not have a lot of representation for “people like me.” I was bullied constantly for my disabilities, my sexuality, and my fluctuating weight. I don’t ever want people to go through the same traumas and feelings of isolation as I did, I want people in similar situations to know that they are not alone. I am a firm believer that people should wear whatever they feel comfortable and happy in, whether that be a ballgown on a Thursday afternoon, a cape to the mall, or pajamas all day. In my case, that is “pajamas all day,” but I am chalking that up to the narcolepsy. 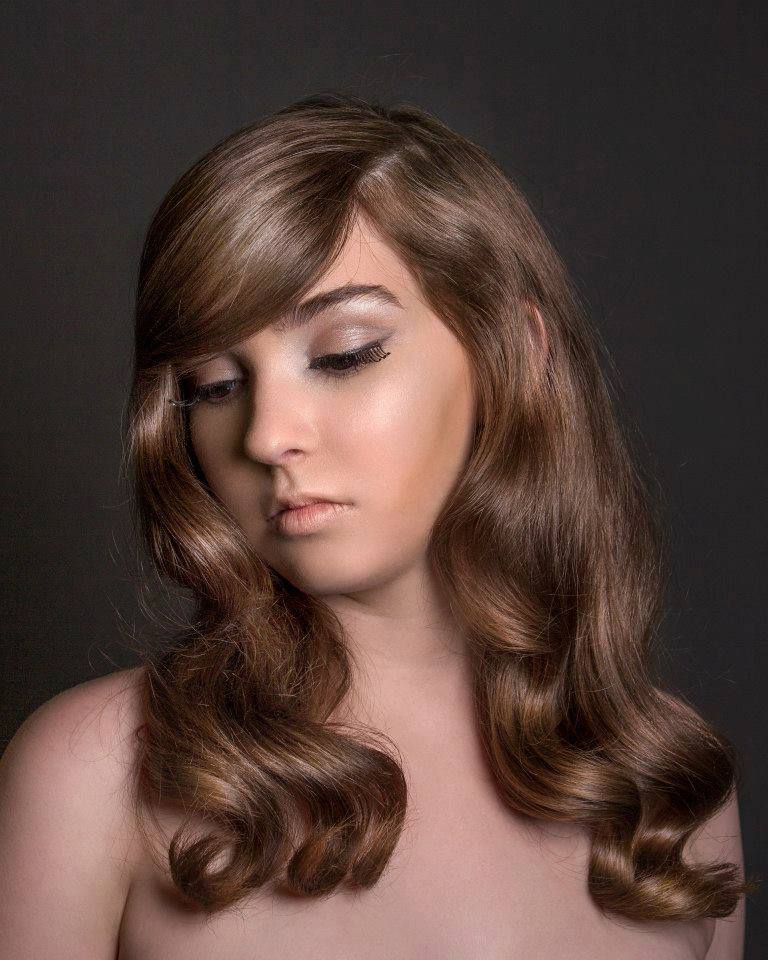 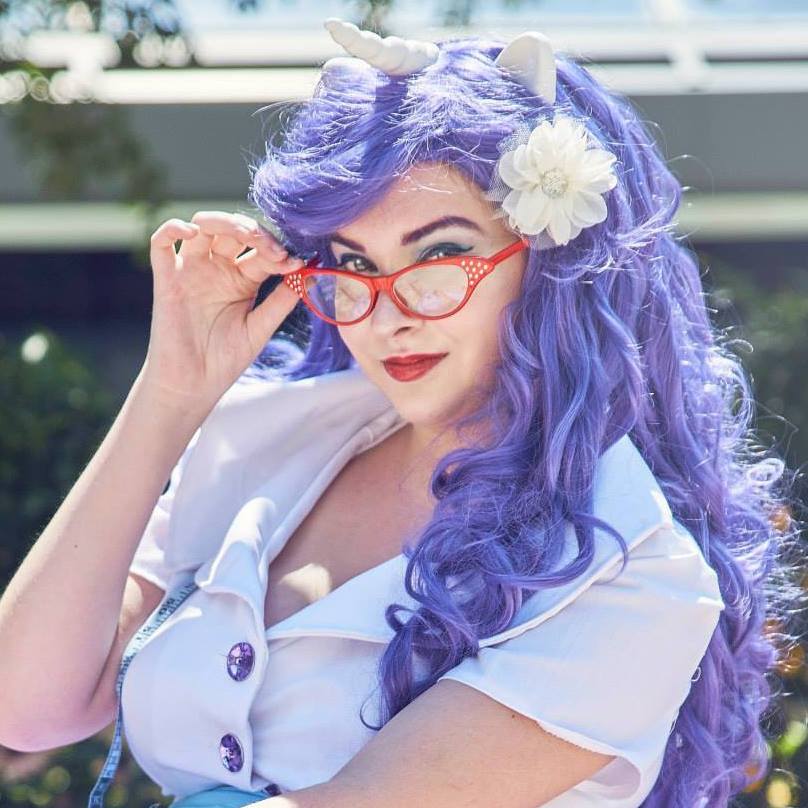 My design process, like everything else in my life, is messy, hectic, confusing, and tangled up. I often compare my brain to a magpie’s nest, a real one, not the ones shown in the media with a pretty collection of shiny objects. My brain is a real magpie’s nest, woven with colourful schemes, mundane thoughts, scientific observations, and narcoleptic dreams. It is filled with my collection of incredibly important facts like “how to make dye from purple snails,” “all the pretty garden flowers that could kill someone,” and “mushrooms are closer to animals than they are to plants. They should not be sold with the vegetables. 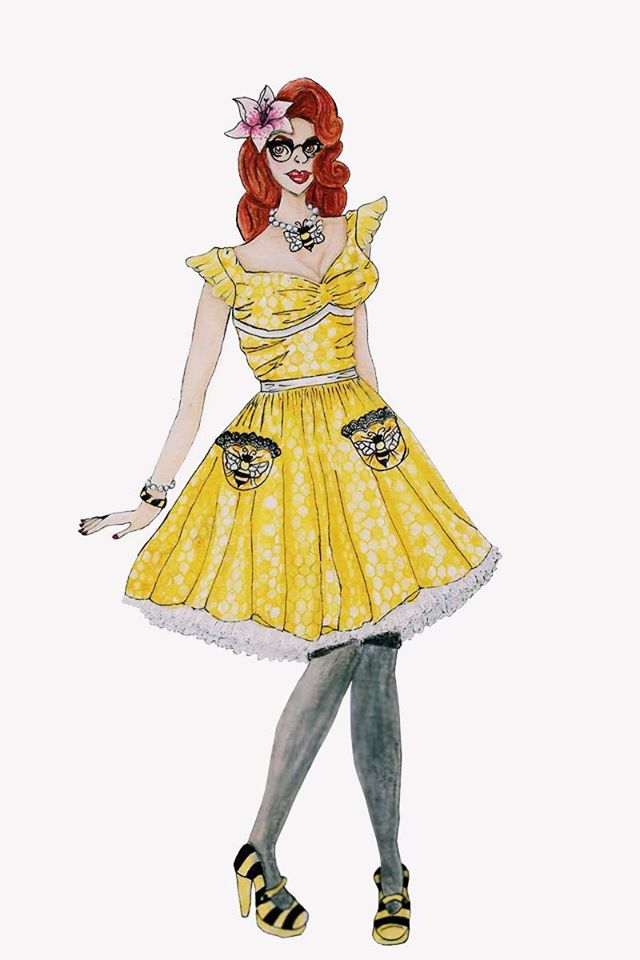 My brain hoards all this knowledge away like a greedy dragon until I am given a project, and then I am flooded with inspiration. I sort out my nest and find exactly what I need and then start imagining. The imagining process lasts a while as I piece together my knowledge and what I wish to create and how I picture both the creative and technical elements. When it finally comes time to create, I know exactly what I want. I may rework the piece a few times to get it to look like how it does in my brain, but in the end, I am generally happy with my creations. 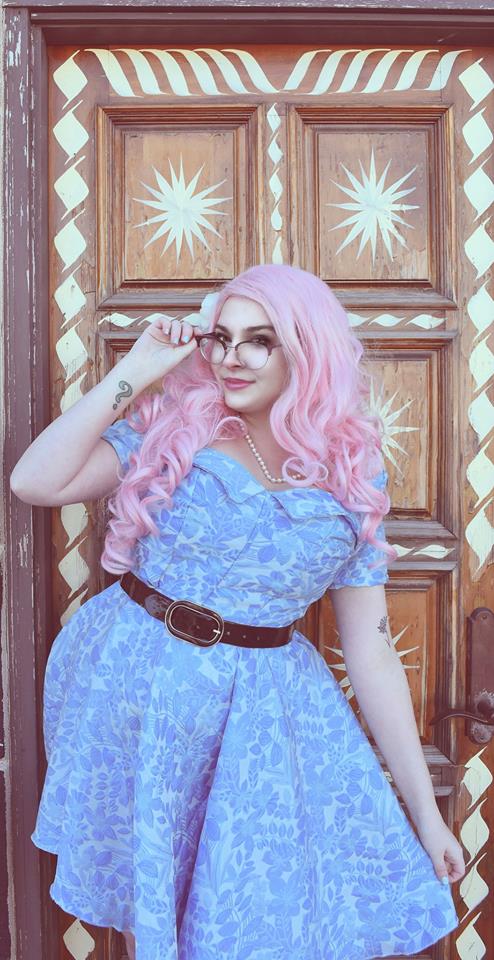 For all of my life, I have been told I have to choose between art and science. While working in STEM  fields, I was constantly told that art is pointless. I was told that only stupid people pursue art, and that if I chose to as well, I would be a failure. And broke. While in art school, it was the other way around. I was told not to think logically, but to “just be creative.” I was chastised for using the scientific terms for bones and muscles, for reading research journals while searching for fashion inspiration.

I never understood this fight between “creativity” and “logic,” because I believe they go hand in hand, and I find my inspiration and passion in STEM fields. Science, Technology, Engineering, and Math. How could I not? It makes up everything! 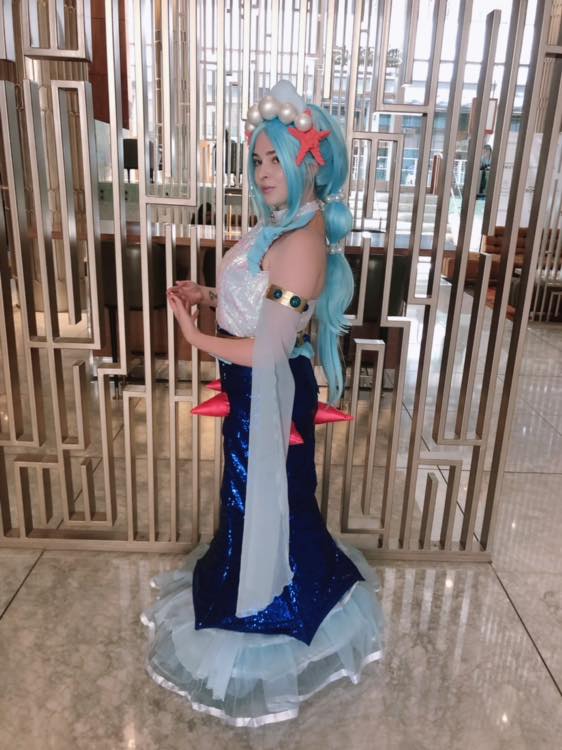